BASED ON POPULAR DEMAND, FELLOWSHIP FOR PERFORMING ARTS AND TRAFALGAR RELEASING ANNOUNCE EXTENDED THEATRICAL RELEASE OF THE MOST RELUCTANT CONVERT: THE UNTOLD STORY OF C.S. LEWIS 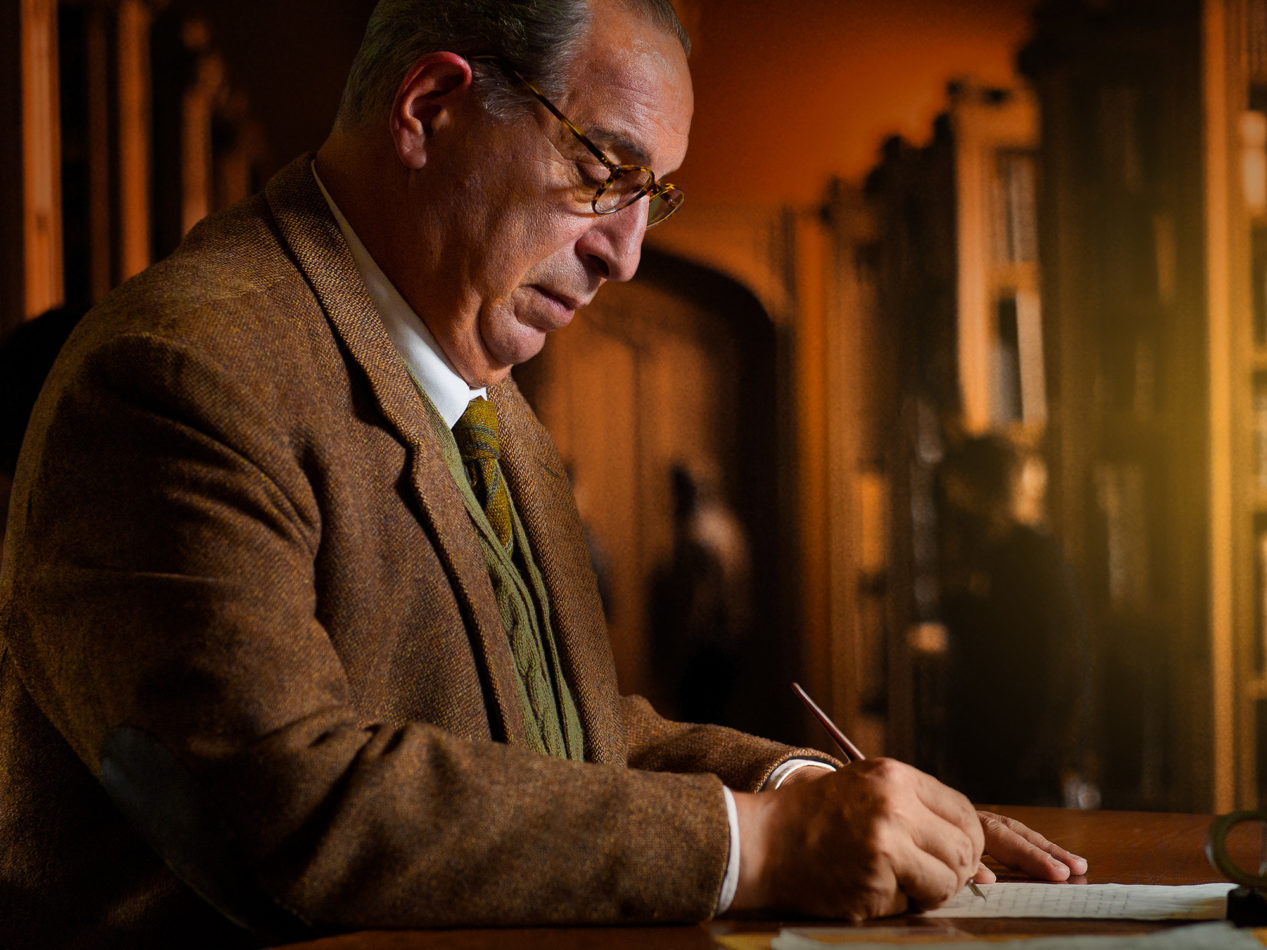 PREMIERING WITH MORE THAN $1.2MM IN BOX OFFICE SALES TO SOLD OUT CINEMAS ACROSS U.S., FILM GARNERS HIGHEST PER SCREEN AVERAGE PROMPTING ENCORE SCREENINGS AND EXPANDED DISTRIBUTION TO THE UK AND CANADA

“Max McLean brought Jack Lewis vividly to life, so much so that Kathy and I, who have

been so formed by him, were moved to tears.”

LOS ANGELES, Calif. (Nov. 4, 2021) – Due to popular demand, Fellowship for Performing Arts in association with Trafalgar Releasing announce expanded distribution and encore presentations for the highly-popular film, The Most Reluctant Convert: The Untold Story of C.S. Lewis. Originally in cinemas nationwide for one-night-only on November 3, the movie garnered more than $1.2MM in box office sales, captured the highest per-screen average, and performed second overall (behind DUNE).

Strong box office results prompted the addition of theatres and date expansions offering multiple daily showings for audiences to have the chance to see this biopic on the big screen. In addition to its U.S. expansion, The Most Reluctant Convert: The Untold Story of C.S. Lewis will also release as a special event in cinemas throughout the UK and Canada.

“When we began working on our distribution of the film, we had a handful of theatres, mostly in major markets, with one showing on one day on November 3,” said Max McLean. “I am grateful to the tens of thousands of people who came out to fill theaters in almost every major city throughout the country, which has allowed the run to extend for this very important film!”

Tickets for The Most Reluctant Convert can be purchased online or at participating theater box offices. Fans throughout the U.S., Canada and the UK will be able to enjoy the event in select movie theaters through Trafalgar Releasing. For a complete list of theater locations and to purchase tickets, visit  www.CSLewisMovie.com (theaters and participants are subject to change).

Presented by Fellowship for Performing Arts in association with Trafalgar Releasing, The Most Reluctant Convert: The Untold Story of C.S. Lewis is a new film tracing the spiritual journey of renowned author of The Chronicles of Narnia. The new biopic, directed by double-Emmy and double-BAFTA Award-winning filmmaker Norman Stone (BBC’s Shadowlands, The Narnia Code), stars Max McLean, Nicholas Ralph, and Eddie Ray Martin.

Acclaimed theatre actor McLean is featured as middle-aged Lewis looking back on the events
that began his journey from vigorous debunker of Christianity to becoming the most influential Christian writer of the past century.

Nicholas Ralph, star of the PBS Masterpiece hit All Creatures Great and Small, plays Lewis as a young man who has a terrible relationship with his father and goes off to the trenches in the Great War, before becoming a fellow at Oxford University. The film introduces Eddie Ray Martin as the childhood Lewis, who loses his mother to cancer and then renounces his faith.

The Most Reluctant Convert is a ringside seat to the story of one of the 20th century’s great thinkers, as he battles with himself and ultimately finds faith. The film explores the impact friends had on the dedicated atheist who was forced to question his own disbelief such as: J.R.R. Tolkien (played by Tom Glenister, Doc Martin, Vera), Hugo Dyson (played by David Shields, The Crown, Doctor Who) and Owen Barfield (played by Hubert Barton, Jekyll & Hyde, Deep Blue Sea).

The film is based on the hit U.S. play C.S. Lewis on Stage: The Most Reluctant Convert. Adapted by and starring Max McLean (Mark’s Gospel – Jeff Award, The Screwtape Letters). Before the pandemic, it had been performed 287 times in 64 cities and on college campuses since its 2016 premiere. With extended runs in New York, Chicago and Washington, D.C. The Most Reluctant Convert has been seen by more than 100,000 people. The play and the film are based primarily on Lewis’ memoir, Surprised by Joy, which is licensed from The C.S. Lewis Company.

At age 19, Lewis witnessed firsthand the waste of life in the trenches of France during World War I, concluding that “either there was no god behind the universe, a god who is indifferent to good and evil, or worse, an evil god.” Yet, Lewis could not accept the materialist view that meaning, rationality, or purpose, were just the accidental results of physics and biochemistry. As a 16-year-old, he had picked up a copy of George MacDonald’s Phantastes, which he said, “baptized my imagination.” MacDonald, along with G.K. Chesterton and the influence of his robust group of young scholars such as Tolkien, Barfield, and Dyson, moved him further up the theistic path until he finally “admitted that God was God, knelt and prayed, perhaps the most dejected, reluctant convert in all England.”

Worldwide, Lewis books have sold nearly a quarter of a billion copies.

The film is produced by Fellowship for Performing Arts in association with 1A Productions and distributed by Trafalgar Releasing.