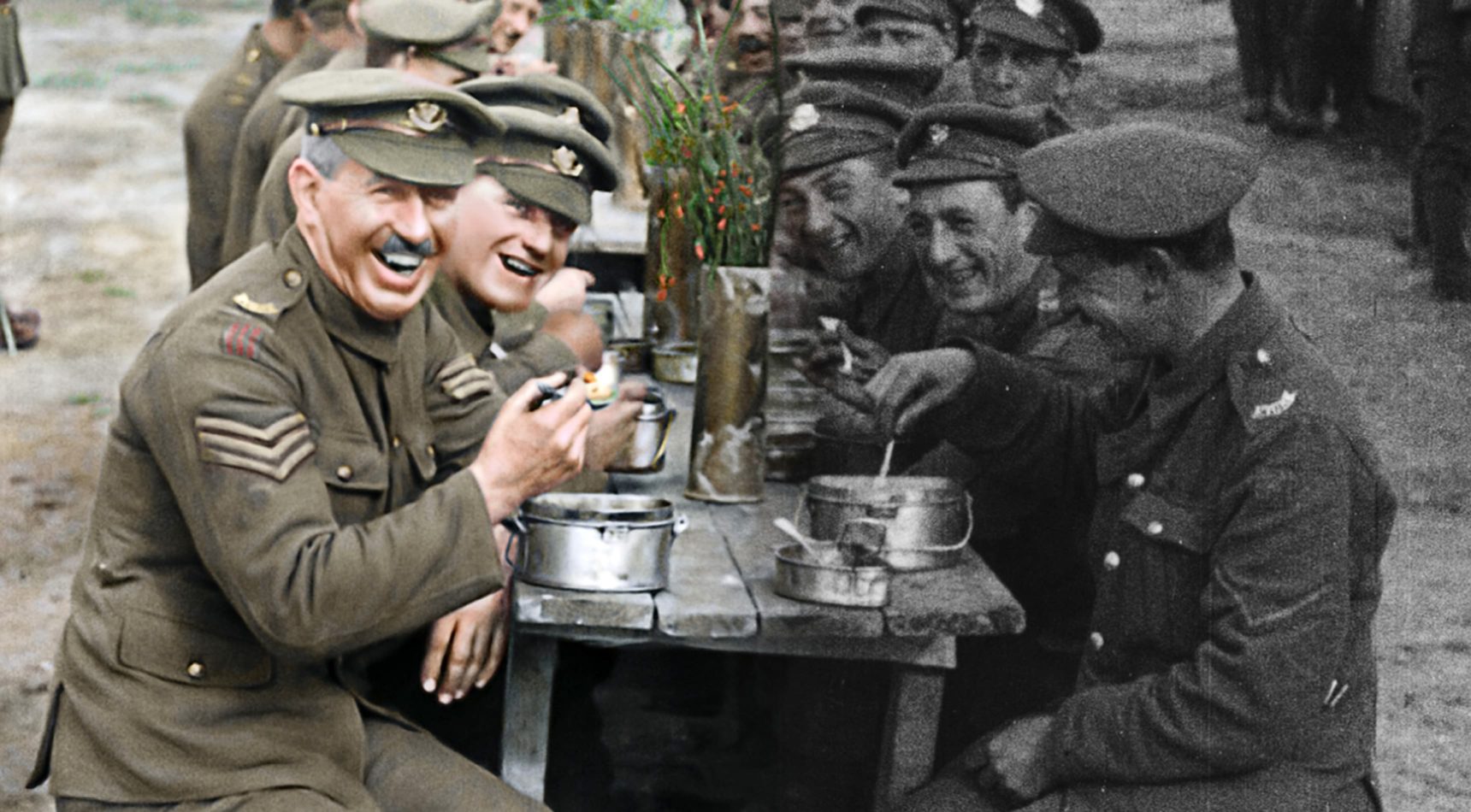 We were approached by 14-18 NOW, the UK’s arts programme for the First World War centenary, to create a national moment as a focal point for the commemorations marking one hundred years since the end of World War I.

This project entailed working with director Peter Jackson and the 14-18 NOW team. However, the scale quickly changed. What started as a 30-minute short film from archive footage, accompanied by a documentary making-of, evolved into a 90-minute 3D feature film.

As the scope of the project escalated, we remained agile to deliver a premium quality event and an effective promotional campaign.

As there was very limited source material, we formulated original campaign creative, including key art, trailer, and digital promotional assets. These creatives served not only our theatrical release but also all subsequent releases across various platforms.

We arranged the filming of the production of the film’s live premiere from the London Film Festival, featuring Peter Jackson and other key contributors to the project.

Across all areas of the project, we demonstrated dexterity in over delivering to ensure the project was a success. This included working closely with key partner Imperial War Museum, yielding additional profile for the organization and maximising their channels to engage and mobilise their audience to attend the cinema event.

We also significantly over-achieved our brief to 14-18 NOW, delivering across all project KPIs.

With a gross box office of over £850,000, and a strong screen average of £2,296 across the main event, the project went on to become the highest grossing documentary of 2018 in the UK.