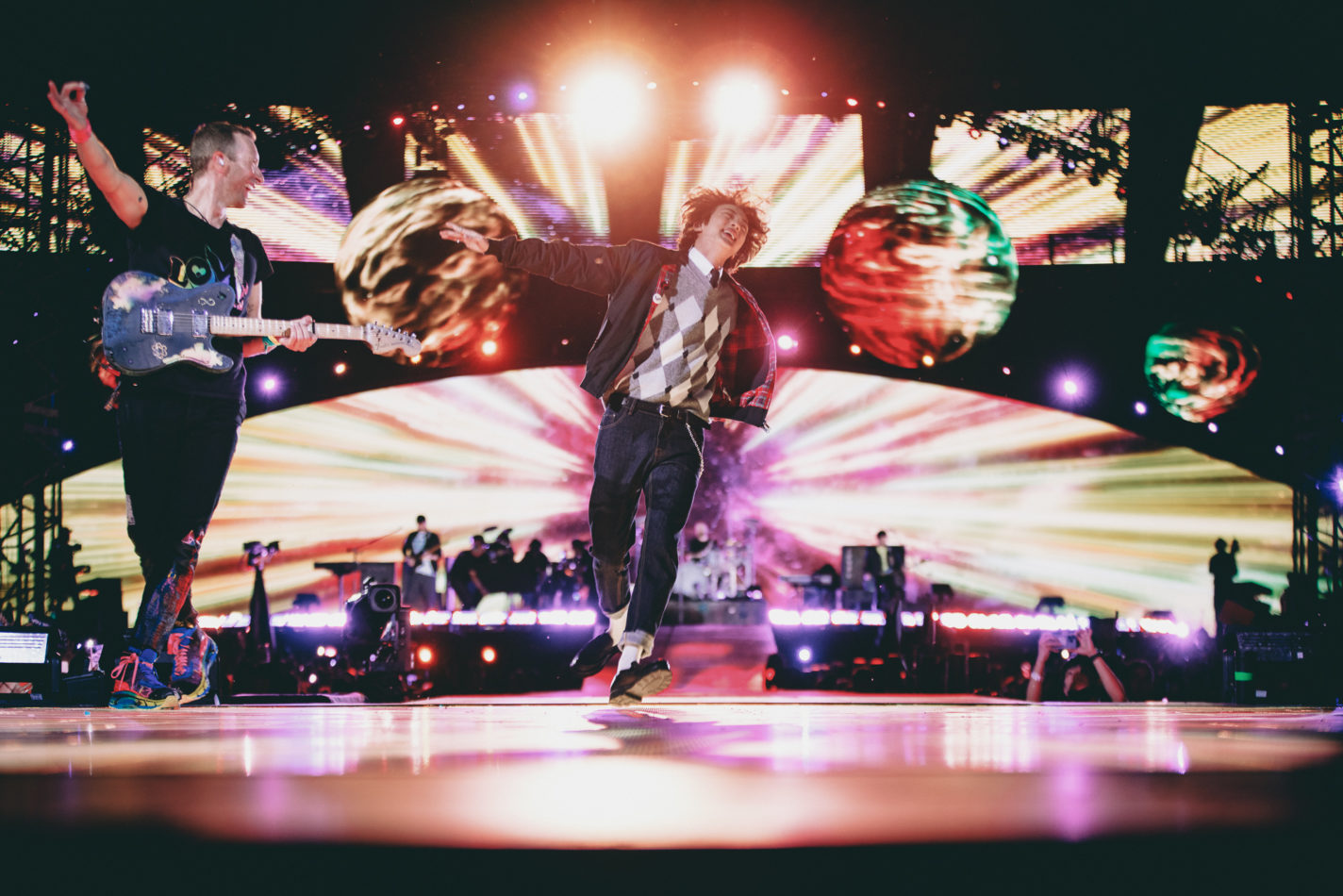 Broadcast topped the box office charts in Argentina, Mexico, Chile, Netherlands, and broke the top ten worldwide across the weekend.

Monday, October 31, 2022 – Coldplay’s Music Of The Spheres World Tour Live Broadcast From Buenos Aires impressed at the box office over the weekend, despite the limitation of just two showtimes in each market. Box office aggregator Comscore ranks the event in the top ten worldwide for the weekend covering Friday, Saturday and Sunday.

With screenings in 81 countries over Friday and Saturday, this is a record-breaking number of countries for a live cinema event.

Chart highlights from the first broadcast nights at cinemas around the world include:

Number 8 in the US

The event showcased the first ever live performance of The Astronaut, co-written and performed by Coldplay and BTS member Jin. Also featured were classic hits from across Coldplay’s career, including Yellow, The Scientist, Fix You, Viva La Vida, A Sky Full Of Stars and My Universe. The broadcast was directed by acclaimed BAFTA-winning and Grammy-nominated director Paul Dugdale.

There will be more opportunities to see the concert in cinemas in 2023. Sign up to be the first to know more at www.coldplaycinema.live.

Marc Allenby, CEO of worldwide distributor Trafalgar Releasing, who also executive produced alongside CJ 4DPlex, said “We are elated with the success of the broadcast, following our release of A Head Full of Dreams in 2018. The band’s triumphant return to the stage in Buenos Aires, with the welcomed addition of Jin from BTS as a special guest, clearly resonated on a worldwide scale and once again proved the power of cinema to bring fans together. We look forward to continuing our partnership with the Coldplay team in 2023.”

The live event was supported by DHL with whom the band have partnered to reduce carbon emissions from their world tour.