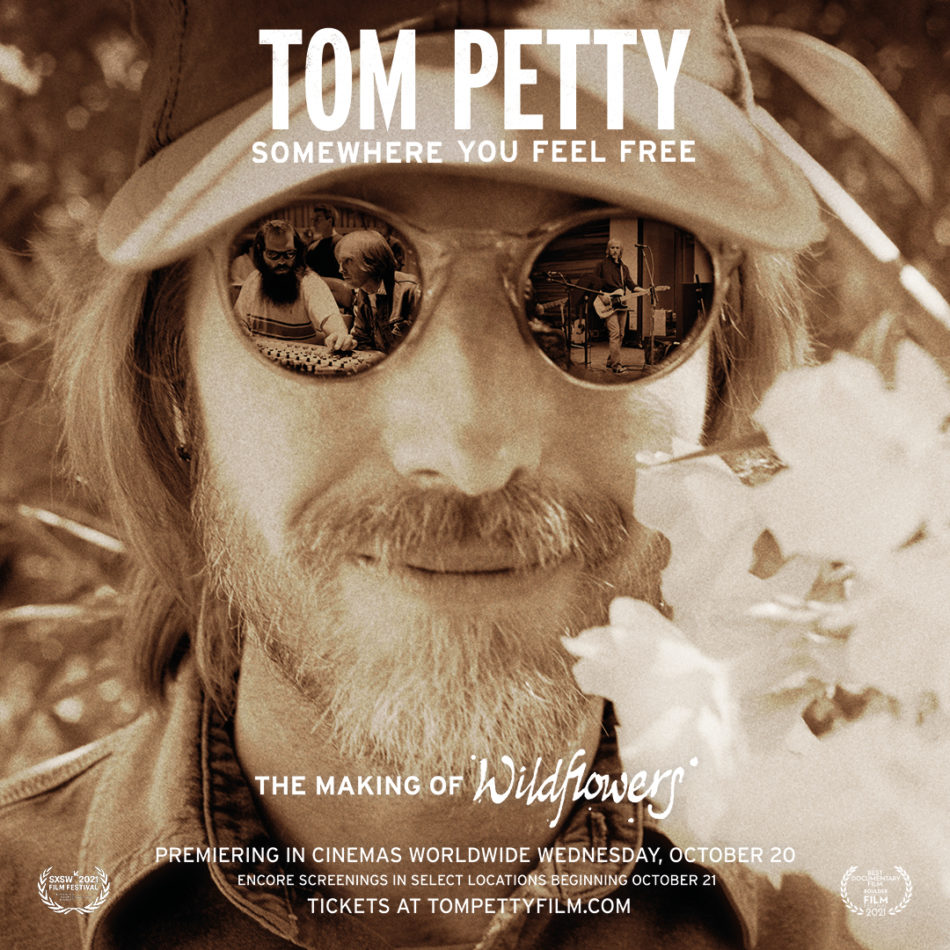 YOUTUBE ORIGINALS TO RELEASE THE FILM GLOBALLY LATER THIS YEAR

September 23, 2021— Tom Petty, Somewhere You Feel Free: The Making of Wildflowers will see its theatrical release on October 20 (Tom’s birthday) for a one-night global celebration via Trafalgar Releasing, with encore screenings in select cinemas on October 21. Fans can experience the film on the big screen with immersive surround-sound before YouTube Originals will make it available worldwide for free in full 4K resolution on Tom Petty’s YouTube Channel later this year. Watch an early clip of the film HERE. Tickets are on sale now at TomPettyFilm.com.

Tom Petty, Somewhere You Feel Free: The Making of Wildflowers offers a unique look into the creative mastery and turbulent personal life of the legendary rock star, and captures the period of 1993-1995, when Tom worked with legendary producer Rick Rubin for the first time. The film is an unvarnished look at Petty that features never-before-seen footage drawn from a newly discovered archive of 16mm film as well as new interviews with album co-producer and Heartbreakers guitarist Mike Campbell along with Heartbreakers keyboardist Benmont Tench and many more.

Produced by Peter Afterman with executive producers Dan Braun, Mary Wharton, and Adria Petty and presented by Inaudible Films, Warner Music Entertainment (Warner Music Group’s TV and Film division), and Warner Records, the documentary illuminates an artist at the height of his powers, providing an intimate and moving look at an enigmatic icon.

Kymberli Frueh, SVP for Programming and Content Acquisitions for Trafalgar Releasing says, “This cinema event will celebrate the music and life of Tom Petty on his birthdate, offering a chance for fans across the globe to congregate and see the film and hear the music together in a high quality immersive theatrical experience. The legacy of his creativity and the legendary songs he created at this seminal time lives on in our playlists.”

In honor of today’s announcement Mary Wharton and Adria Petty will speak about the film with rock author/journalist David Fricke on SiriusXM’s Tom Petty Radio.  Subscribers can also listen anytime on the SXM app and hear replays today at 4 p.m. ET, 7 p.m. ET, 11 p.m. ET and tomorrow at 11 a.m. and 6 p.m. ET.