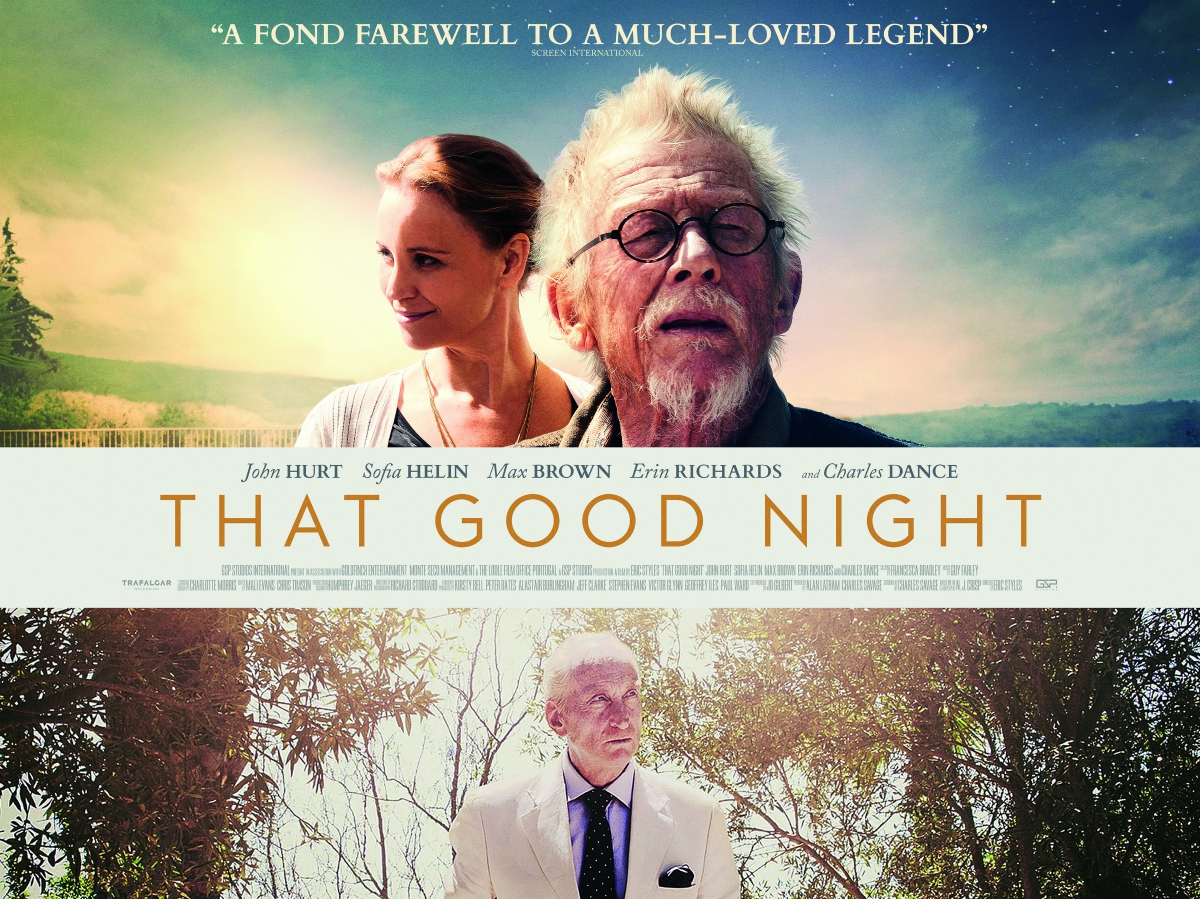 That Good Night stars iconic multi-award winner, John Hurt (The Elephant Man, Midnight Express) in his last leading role as Ralph, a once-famous screenwriter in his seventies who has two missions in life. Ralph wishes to be reconciled with his son, Michael (Max Brown, Spooks), and, to ensure that he is not a burden to his devoted wife, Anna (Sofia Helin, The Bridge), as he goes “into that good night”. Ralph hires the services of the mysterious “Visitor” (Charles Dance, Game of Thrones) who unexpectedly guides him to find new meaning in his life.

Set in the stunning hilltops of the Algarve coastline of Portugal, this life affirming drama exploring family relationships is based on the stage play by NJ Crisp and inspired by the poem of Dylan Thomas.