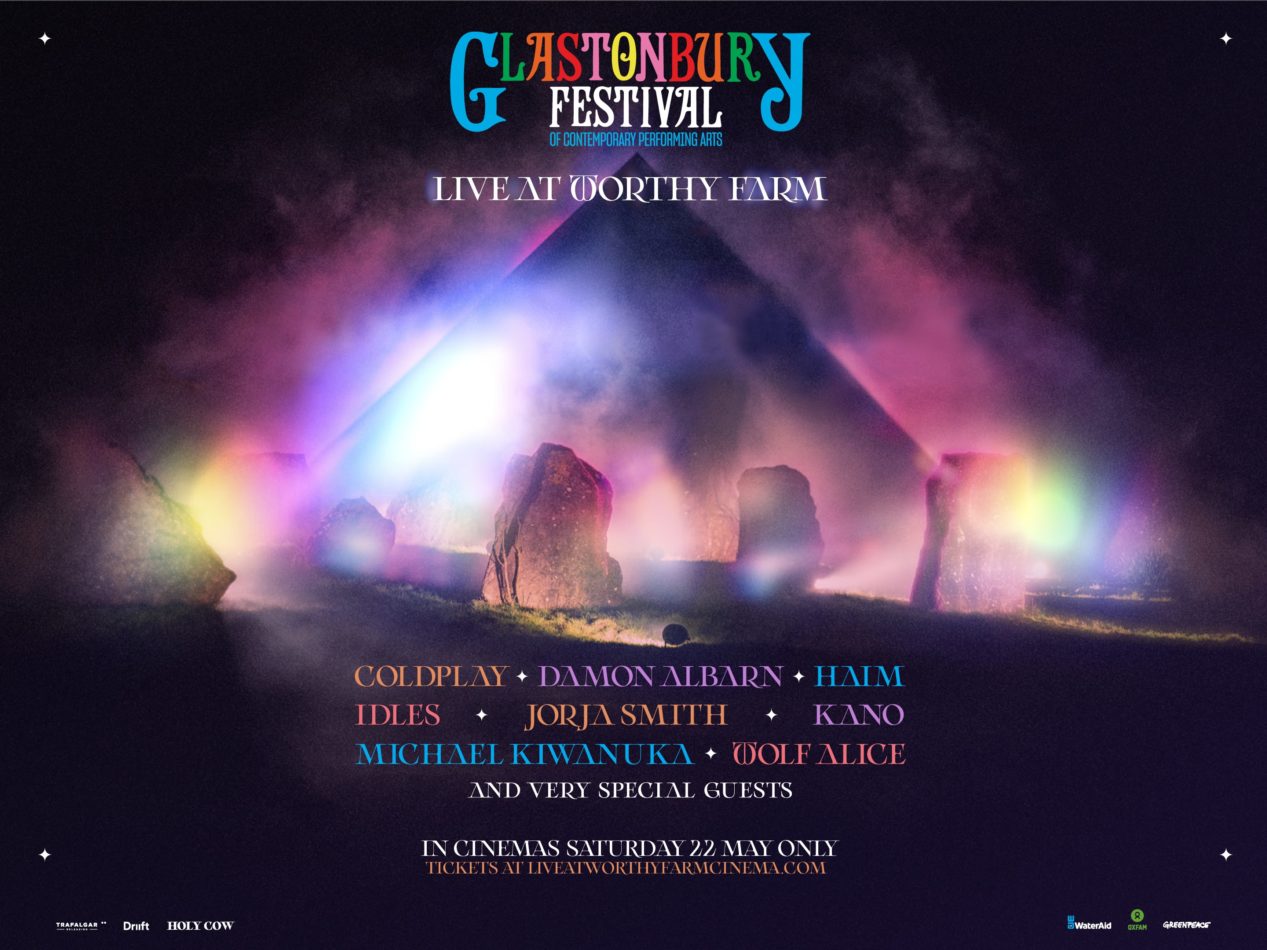 London, UK. May 6 2021: Trafalgar Releasing and Driift are excited to announce a theatrical release for the upcoming global livestream Glastonbury Presents – Live at Worthy Farm, which will now screen at selected cinemas across the UK on Saturday May 22nd, in tandem with the previously announced online broadcast.

Tickets go on sale from Thursday May 12th.

Full information can be found at liveatworthyfarmcinema.com

Filmed across the iconic Festival site at landmarks including the Pyramid Field and the Stone Circle, the event will see a range of artists perform exclusive sets, including Coldplay, Damon Albarn, HAIM, IDLES, Jorja Smith, Kano, Michael Kiwanuka and Wolf Alice. Further unannounced surprise performances will take place during the show.

The ground-breaking extravaganza will be interspersed by a spoken word narrative, written and delivered by some very special guests, guiding viewers on a journey through the sacred valley in Somerset.

The event will support Glastonbury’s three main charity partners – Oxfam, Greenpeace and WaterAid – as well as helping to secure the Festival’s return in 2022.

With UK cinemas due to reopen on May 17th May, don’t miss the opportunity to see this unique and unmissable celebration on your local big screen.

Marc Allenby, CEO of Trafalgar Releasing, comments: “We are proud to be partnering with Driift to bring this one-of-a-kind event to cinemas across their opening weekend. As a national moment with some of the biggest acts in music, we are excited to be part of this unmissable celebration, allowing audiences to experience the event on the big screen and support their local cinemas.

Ric Salmon, CEO, Driift: “Live At Worthy Farm will be epic in every sense of the word, presenting exclusive performances from the world’s biggest and most exciting artists direct from the iconic Glastonbury Festival site. I am absolutely delighted we can partner with Trafalgar Releasing to offer audiences the option of a big screen experience from their local cinema.”