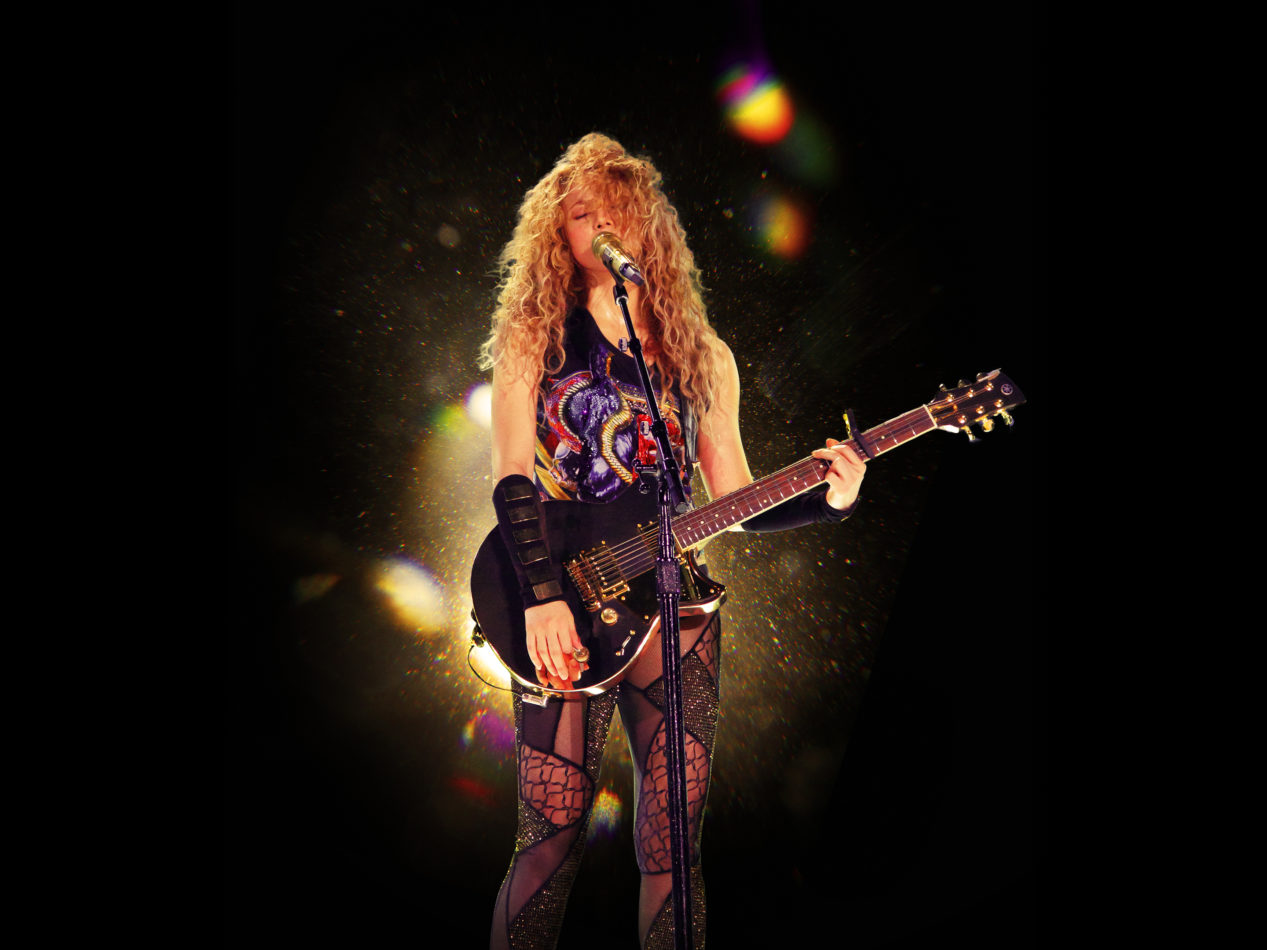 Tickets on sale now at Shakira.Film

Denver, CO, August 28: Trafalgar Releasing today announced that they will bring Shakira in Concert: El Dorado World Tour to cinemas worldwide for a one-night event on November 13 with encore screenings to follow in select locations. The film is due to be shown in more than 2000 theatres in over 60 countries, underlining Shakira’s status as a truly global icon.

Following the hugely successful release of international superstar Shakira’s album El Dorado – which earned her a Grammy for Best Latin Pop Vocal Album and a Latin Grammy for Best Contemporary Pop Vocal Album – she returned to the world stage with her most celebrated show yet, performing recent smashes such as Chantaje and La Bicicleta as well as hits from her 20+ year repertoire including Hips Don’t Lie, Waka Waka (This Time for Africa) and Estoy Aqui, to sold out stadiums and arenas across the planet.

Directed by Shakira and James Merryman, the film relives the thrilling show on the big screen and, through documentary footage and Shakira’s own words, highlights what it took to bring the career-highlight show to 22 countries and nearly a million fans, after having to postpone the entire tour due to a vocal cord injury in November 2017.

The stunning concert footage was predominantly filmed at Shakira’s triumphant Los Angeles show in August 2018, which had Los Angeles Times raving, “Shakira’s show at the Forum had the feel of a hero’s return” with further scenes shot throughout the US, Europe and Latin America.

Marc Allenby, CEO of Trafalgar Releasing has said: “Trafalgar Releasing are really excited to be bringing to cinemas this incredible story, which illustrates Shakira’s determination and drive from her vocal cord injury through to bringing her amazing El Dorado shows to almost a million fans around the world. Through a mixture of behind the scenes, Shakira’s own words and the hit fuelled shows, this film will bring together Shakira fans everywhere to celebrate her 20 year+ career.”

“This was one of the most memorable tours of my career. After I recovered my voice, my fans inspired me to get back onstage as they always do, and it’s pretty surreal to be reliving it with them now in over 60 countries in theaters throughout the world. I know they’ve been asking on my socials for this concert film and now it’s finally ready, so I hope it will be something to remember both for me and all those who have supported me throughout the years.”  – Shakira, August 2019

The event will be screened in cinemas around the world on November 13 with encore screenings in select locations. Tickets are on-sale now at Shakira.film, where fans can find the most up-to-date information regarding participating theaters and sign up for event alerts.