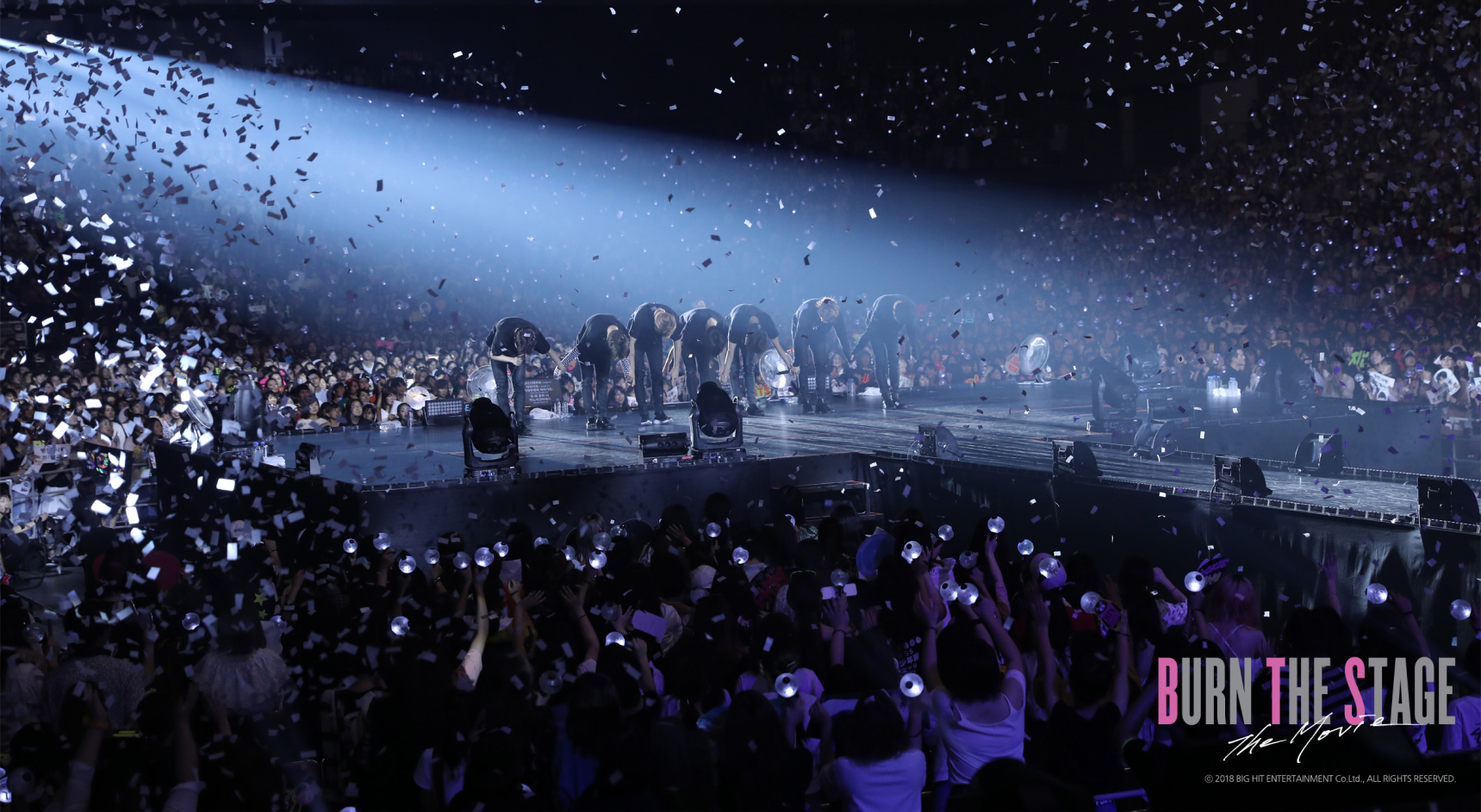 Trafalgar Releasing has broken the global event cinema record with the release of Burn the Stage: the Movie, the first movie from K-Pop phenomenon, BTS.

Delivering the highest number of tickets ever sold for event cinema, Burn the Stage currently stands at over 1.4m admissions. One Direction: Where We Are achieved 1.2m admissions back in 2014.

Starting on November 15, Burn the Stage has been seen in over 79 territories around the world and over 2,650 movie theaters on a limited engagement gaining a global box office of circa $14m.

Other notable successes include achieving over 100,000 admissions in both the Philippines and Indonesia, gaining over $14,000 screen average in Denmark and reaching a box office of $800,000 in Germany and Austria with a $4,500 screen average.

BTS fans filled AMC theatres across the country. It’s exciting to feel the audience’s passion for this documentary film, starting from the moment the cinema events were announced.

Burn the Stage: the Movie is the first movie from BTS, going behind-the-scenes of the BTS WINGS TOUR to reveal the full story of the band’s meteoric rise to fame.  This unmissable cinema event provides an intimate look at what happens when the most successful global boyband of all time breaks down barriers and invades the mainstream music scene.  Exclusive tour footage and brand-new one-on-one interviews with BTS members give fans an unprecedented glimpse into their lives and an opportunity for everyone to celebrate together.

At Vue, we were delighted to have welcomed so many fans to screenings of both A Head Full of Dreams and Burn the Stage: the Movie. Events like these bring in new audiences to experience the power of the big screen. They afford artists the opportunity to give their fan base a unique and unforgettable night out. The feedback from audiences has been incredible, with many BTS fans booking to see an additional encore performance.

Last week, Trafalgar Releasing also brought, Coldplay: A Head Full of Dreams from director, Mat Whitecross (Supersonic) to over 70 countries worldwide. The one night only engagement attracted more than 300,000 attendees with a global box office of over $3.5million.

Burn the Stage and A Head Full of Dreams end a profitable 2018 for music releases from Trafalgar Releasing, which also saw the outfit bring Distant Sky – Live in Copenhagen (their third collaboration with Nick Cave & The Bad Seeds) and Muse: Drones World Tour to theaters around the world.

Past recent successes have also included Rammstein: Paris from director Jonas Åkerlund, David Gilmour Live at Pompeii, Black Sabbath: The End of the End, Ziggy Stardust and the Spiders from Mars and One More Time With Feeling, directed by Andrew Dominik.

It’s been extraordinary to witness yet again, through these two very distinct acts, the power of the big screen to bring fans together. I’m proud of the team at Trafalgar for pulling off an incredibly busy week and look forward to seeing what 2019 brings for us.

As well as music events, Trafalgar Releasing also brings a selection of ballet, opera, arts and theatre productions to the big screen. The next global release sees The King and I: From the London Palladium arrives in cinemas on November 29 starring original Broadway award winners, Kelli O’Hara, Ken Watanabe and Ruthie Ann Miles.