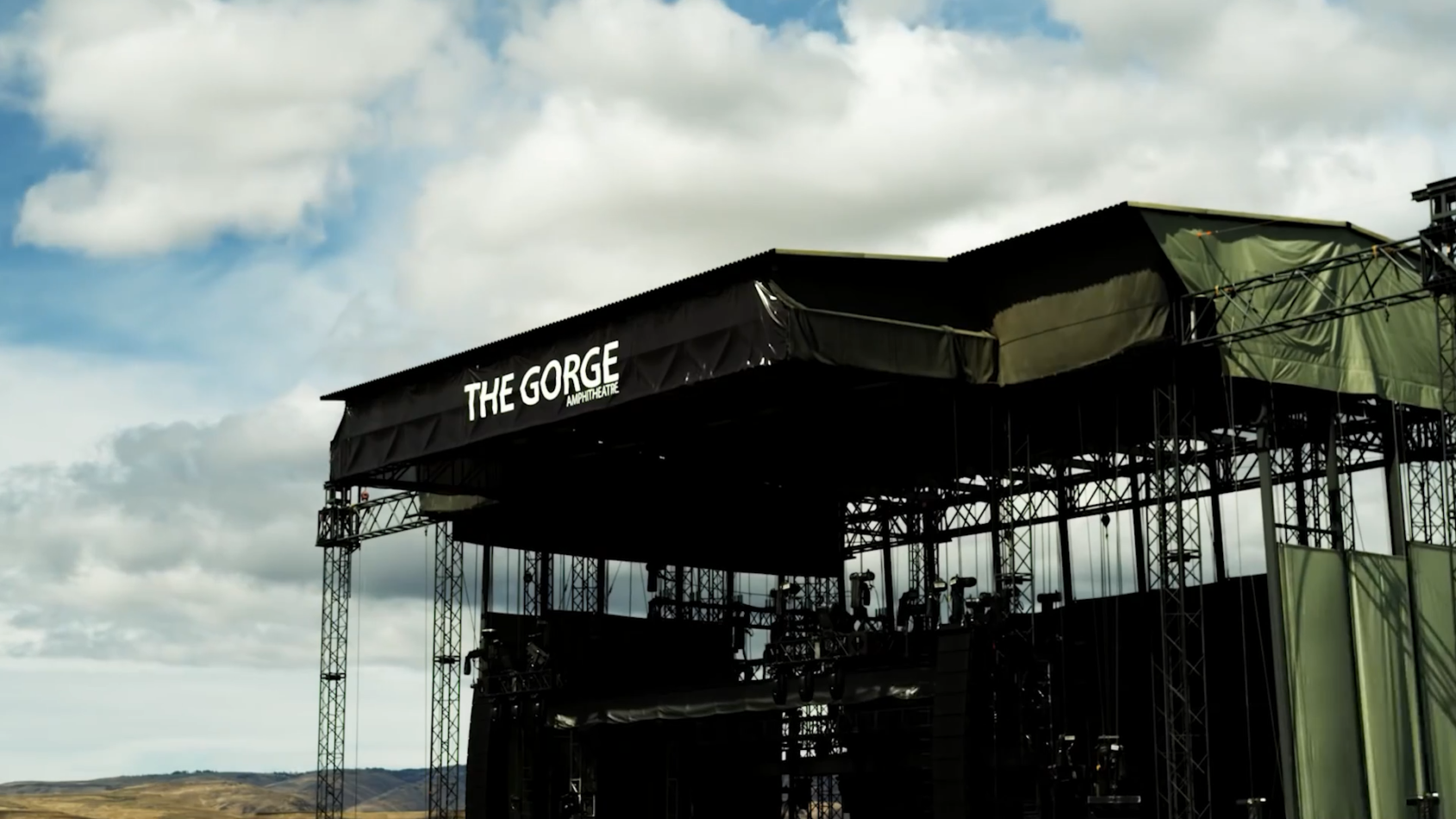 After the Covid-19 pandemic postponed its April 2020 release, Enormous: The Gorge Story, a film about the picturesque George, Washington, amphitheater, will finally be released to theaters for one day only on July 21st.

Ahead of the documentary’s release, Rolling Stone has an exclusive clip focusing on one of the venue’s most famous gigs, a joint Pearl Jam and Neil Young gig in September 1993.

“That was us early on, so we were probably young and aggressive and way into the whole show,” guitarist Mike McCready reminisces in the clip.

As attendees of the show remember in the clip, the fans that were seated in the aluminum bleachers up on the elevated berm “just wanted down” into the main lawn area, resulting in “a tsunami” of concertgoers flooding into the lower area during the concert’s first few songs.

“I remember it being kind of exciting, but that’s probably just me being young and naive,” McCready added. “We didn’t have any control over that, but thinking about it now, it makes me a little scared and sad. Hopefully, nobody got hurt.”

Later in the documentary, the guitarist adds of the Gorge, “When people ask me about our band, about Pearl Jam, ‘Where is your favorite place to play in the world?’ This is always number one.”

Trafalgar Releasing’s one-night-only screening of Enormous: The Gorge nationwide will also feature The Enormisodes, five mini-documentaries about the venue, including a blooper reel. Tickets are on sale now on the documentary’s website.

“With the Gorge reopening this July, after more than a year of shuttered theaters, music venues, and a dire lack of live communal experiences, Enormous: The Gorge Story couldn’t be releasing at a better time,” the film’s director Nic Davis said in a statement. “Our film is about the power of place. And the power of community. And how some great music got millions of people from around the world to dance together on a patch of rural farmland. Enormous captures the experiences we have all been missing this last year and can’t wait to get back to.”