RUSH: CINEMA STRANGIATO – DIRECTOR’S CUT AVAILABLE AT HOME WORLDWIDE FOR A LIMITED-TIME VIA VIDEO ON DEMAND 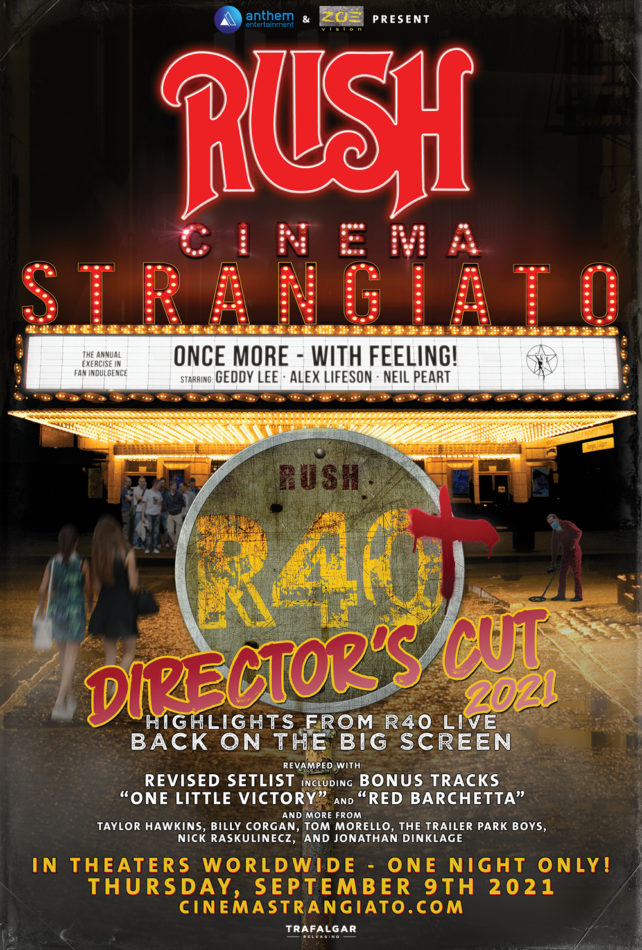 Celebrate the ‘Holy Trinity of Rock’ and 40 Years of Moving Pictures on EVOD From Trafalgar Releasing, Anthem Entertainment & Zoë Vision

On Friday, October 1 at 9 p.m. ET, RUSHCON will host a live virtual “Interactive Watch Party” for fans to connect and discuss the film when it premieres online. Those who purchase a watch party ticket will maintain access to the content for the entire duration of the VOD window, but only those who log in during the live October 1 event will be able to participate in the chat.

“We are delighted to bring Rush: Cinema Strangiato – Director’s Cut into the homes of Rush fans worldwide following its recent success at the box office,” said Kymberli Frueh, Trafalgar Releasing SVP of Content Acquisitions. “This will be the first time that the film is available in many countries where a theatrical event was not possible and offers fans around the world a chance to watch together.”

When released in cinemas worldwide, Rush: Cinema Strangiato – Director’s Cut charted No. 4 overall for the North American box office on September 9; ranked No. 2 for the per-screen average for the day in North America, behind only Disney’s Shang-Chi and the Legend of the Ten Rings; and was No. 5 overall for the UK box office.