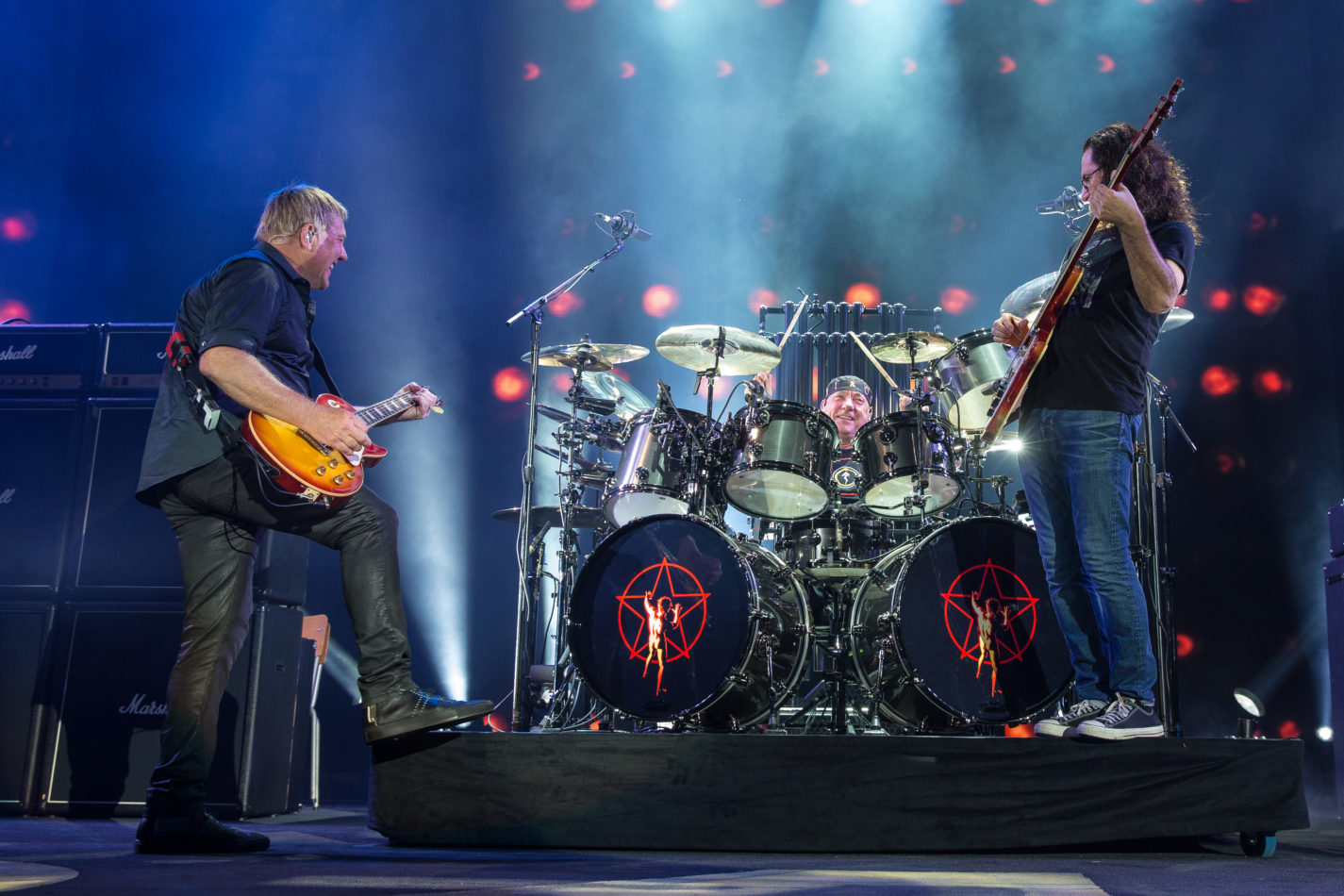 This first ever “annual exercise in fan indulgence” for RUSH fans will feature a special look into R40 LIVE, featuring new backstage footage, special guests, and hit songs “closer to the heart,” “subdivisions” and more tickets on sale from June 20 at www.cinemastrangiato.com.

In partnership with Concord Music Group and Anthem Entertainment, RUSH: Cinema Strangiato 2019 will feature a special look inside some of the most powerful performances from R40 LIVE, the band’s 2015 tour and album of the same name.

As a special bonus, fans will get a glimpse into the madness and passion that went into the making of Geddy Lee’s new book, Geddy Lee’s Big Beautiful Book of Bass – featuring a brand-new interview from the RUSH frontman himself.

“I’m excited for fans to see some new clips from our R40 tour but also a peek behind the scenes of making the Big Beautiful Book of Bass,” said Geddy Lee.

The news of RUSH: Cinema Strangiato 2019 follows other recently announced upcoming music releases from Trafalgar Releasing including The Cure: Anniversary 1978-2018 Live in Hyde Park London directed by longtime collaborator Tim Pope, the first worldwide outing for the ninth Grateful Dead Annual Meet-up at the Movies, hit Tribeca Film Festival music documentary Between Me and My Mind featuring Phish frontman Trey Anastasio, and the latest film from Roger Waters based on the US + THEM World Tour. Other recent music releases from Trafalgar Releasing have included The Music Center presents Joni 75: A Birthday Celebration, Coldplay: A Head Full of Dreams, Burn the Stage: the Movie, Muse Drones World Tour and Distant Sky: Nick Cave and The Bad Seeds Live in Copenhagen.

Kymberli Frueh, SVP for Acquisitions at Trafalgar Releasing added: “Trafalgar Releasing is thrilled to bring RUSH: Cinema Strangiato 2019 to theaters around the globe for the first of what we’re hoping will become an annual event, bringing fans together to experience a celebration of one of the world’s most popular rock bands.”

The event will be screened in theaters around the world on Wednesday, August 21. Fans can visit CinemaStrangiato.com to sign up for news and ticketing updates.