For one night only, Nick Cave & The Bad Seeds will share a show from their celebrated 2017 world tour on cinema screens worldwide. 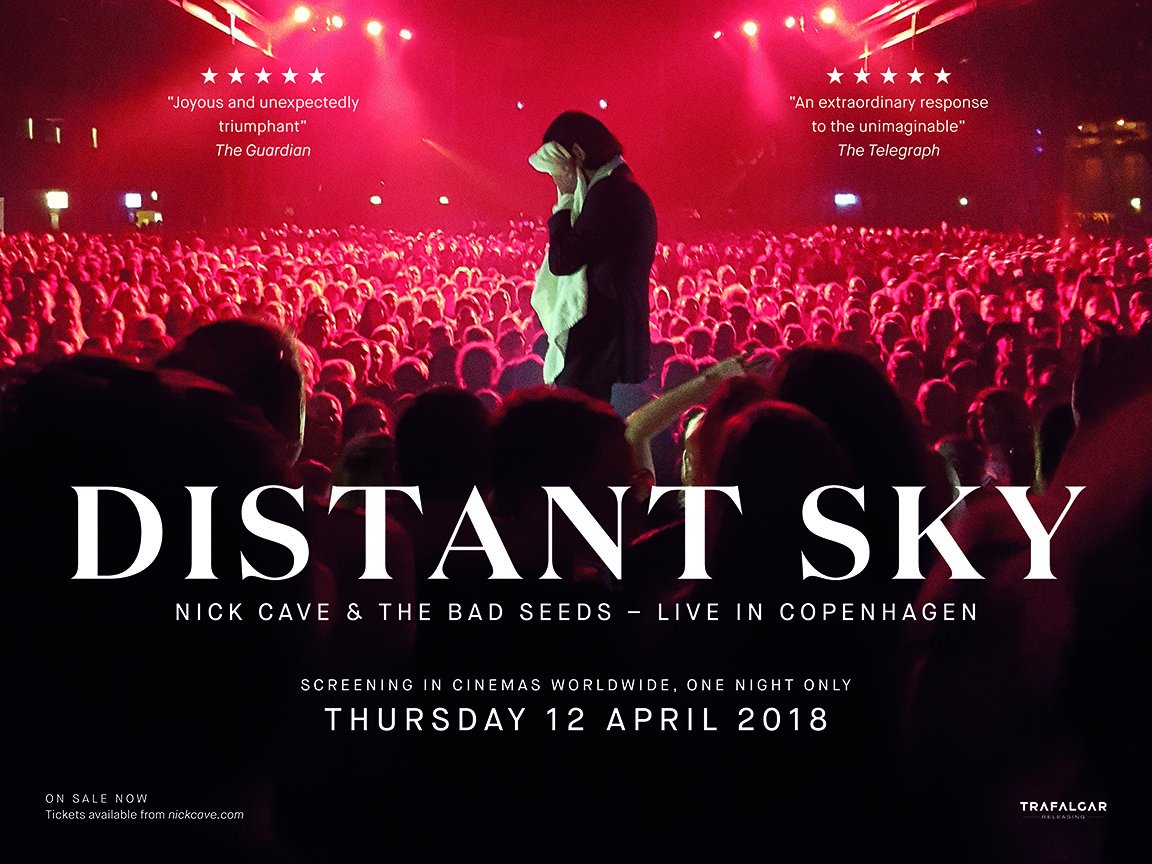 The acclaimed tour started in Australia in January 2017 before tearing across the USA and ending in Europe, with some of the best reviews of their decorated career.

An extraordinary response to the unimaginable

Tense and thunderous at times, tender and cathartic at others. It’s masterful.

Distant Sky – Nick Cave & The Bad Seeds Live in Copenhagen will be distributed by Trafalgar Releasing and shown in 500 cinemas worldwide for one night only on 12th April.

We are excited to be working with Nick Cave and his team for the third time with this amazing gig from Copenhagen from his most recent, highly acclaimed tour. We are big fans of Nick Cave and The Bad Seeds at Trafalgar and look forward to sharing the fruits of this collaboration with cinema goers and music fans alike around the world.

Tickets are now on sale.

For the full list of cinemas taking part in this special one night only event and for ticket information, please visit http://www.nickcave.com/.